How to Identify Your Best Acquisition Channels

What’s up, founders? And welcome to the very first hot take. In today’s video, we’re going to talk all about how to identify your absolute best acquisition channels.

Now, before I get into the entire thing, first and foremost, let’s actually defined what acquisition channel means. All of that means is that it is a place where your absolute best prospects and customers hang out. There will be a separate hot take all about what kinds of channels are there and just the deep dive into what that actually can look like.

But generally speaking, if it’s a place that you can reach your customers, it’s probably a channel. This can be online, this can be offline. There’s really a variety of different ways that you can acquire customers, but because there’s a variety, it leaves so many founders wondering, “Well, how do we actually pick the best ones?”

There is two answers to this. There’s two approaches that we’re going to get into.

First and foremost is to actually ask your customers. Now, you have heard me say this a billion times, but it bears repeating because that’s really one of the easiest, fastest, best ways to actually figure out where your customers hang out. It’s really to talk to them.

Now, there really isn’t a substitute for actually getting your customers on the phone or in person and really talking to them to understand where do they spend their time, what are some of the watering holes that they frequently visit? And what are also some places that they really trust when it comes to their role, their industry, their vertical, et cetera.

Now a lot of you might be thinking, “Oh, well, I could probably just send out a survey and get the same exact information.” And I’m going to say not exactly.

See one thing about surveys is that you can send out a survey and in the early days sending out surveys is kind of risky because you can’t necessarily call up the person who filled out the survey and ask them deeper questions about what they said or why they said it or trying to get more information about like, “Well, what do you mean that you listen to podcasts? Well, what podcasts?”

With a live conversation, you can actually do that. That’s why I always say if you’re going to try to figure out what those acquisition channels are and you’re talking to the customer, it’s better to actually do it live. You’re just going to get way better information. If you hear a vague answer, you’re going to be able to come back to that point or actually ask better questions to unpack exactly what your customer meant when they said a specific channel but you just want to clarify to make sure. This is so important and it’s really, really, really tough to do a survey and get the same kind of information.

Now, don’t get me wrong, there’s a time and a place for surveys. I think that they’re excellent tools, but in the early days when you’re trying to figure out where customers hang out, you want the freedom of being able to actually talk to them.

In terms of how do you figure that out, there will be also another hot take that discusses the entire customer research process and exactly what questions. But one of the best questions I like to ask to figure that out and to get more information is when, and this is what you would ask the customer, “When you want to learn more about your industry or your vertical, where do you go?” And say nothing else after that question, and you’re going to hear all kinds of answers and it’s going to be mind blowing. And if you get a vague answer, you can unpack it and you can get the deeper juicy or details about exactly what those channels are.

If you’re B2C, you’re likely not going to ask anything related to a vertical or industry, but if you’re B2C, you’d probably ask a similar version, which is, “Where do you spend your time either online or offline?” And again, you’re going to get all kinds of different answers, whether that’s social media, whether that’s family, community kind of related things. It really runs the gamut about what you might hear. But first step is, or at least the first way to figure out the best acquisition channels, is really just to talk to your customers. There’s honestly no substitution for this. You have to pick up the phone, you have to book the meeting, make the call, and just talk to them.

The second way, and this is if you’re not necessarily able to do a ton of customer or prospect interviews quite yet, but you still need to be able to do the research. So one to also approach this, and you can actually combine this with just directly talking to your customers, but to actually do your own research outside of maybe your customers and prospects. This is where Google becomes your best friend.

There’s a number of ways that you can approach this, but if you think about just where someone might be hanging out in your target audience or in your target market, there’s probably a few places that automatically come to mind. And what’s really cool about doing your own research is that if you have a general understanding of what books they’re reading or podcasts or listening to or blogs they’re reading, or maybe offline so maybe associations or conferences that they’re going to, you can actually do research on those things to see if you can find even more related items or more related channels or just watering holes or sources of information that therefore attracts people.

So by doing your own research, you can of course come back to the drawing board with … and you can combine this with your own customer research of the actual interviews and you can kind of see what aligns, what sticks, what matches. And also see what’s different, what are some of the outliers in terms of the channels or the places that you’re finding. I find that actually doing both is really the absolute best way.

If you are really early in your journey, this does get a little bit harder. And what I mean early in your journey, I mean the first, let’s say you’ve got less than 10 customers, let’s say you were still in beta and you’re still kind of figuring out who was the absolute best segment to go after, who was the absolute best customer type? If you’re still kind of in that journey, then in terms of finding out the best acquisition channels you’re really looking at where do you think your best prospects are going to be?

And a lot of that, not going to lie, is going to be through operating off of guesses, hunches, and just your own interviews and just discussions with prospects. Prospect meaning they’re not your customer yet, but they might be one day.

So if you’re in that boat and you don’t really have a whole lot of paying customers at all, but you do have a general sense of maybe who could be a customer, those are probably prospects and you can get prospects on the phone too. You can just offer to say like, “Hey, I’d just love to talk, to chat with you more about your role or what it is that you’re doing.” And then of course, where the hangout. So that is one way that you can approach that. And then of course you might just intuitively know through experience like, “Hey, I know that brokers like to hang out in these specific associations because that’s my background and that’s what I know.”

Those are all channels to start, but you really aren’t going to know what the best channel is going to be until you either start validating that and actually getting paying customers. And then of course doubling it back with when you do get customers really understanding where those people hang out.

So keep that in mind. But overall, I really hope that this helped. Thank you so much for watching. I hoped that you learned something. If you want to make sure that you keep getting me as hot takes, don’t forget to subscribe below. My name is Asia from DemandMaven, where we help early stage founders get to their very first growth milestones. Thank you so much for watching. Bye. 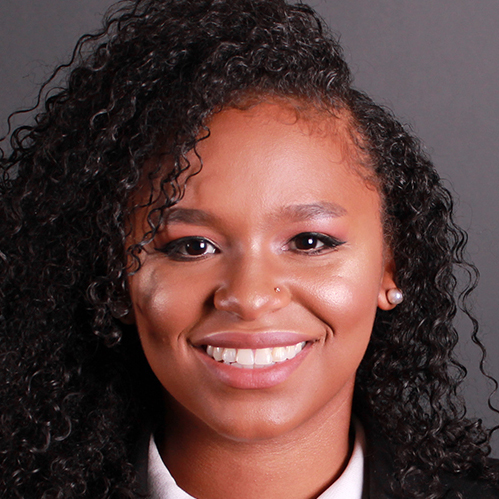 I'm a growth and marketing consultant and I help founders of software and SaaS companies demystify their marketing strategy and build a marketing engine that gets them their first $100K MRR.

You Can Cash Me Ousside

That’s what this is.

I’ll (occasionally) publish advice specifically for founders and early-stage marketing leaders about how to prioritize your time, campaigns, channels, and other growth-related ideas.

Get DemandMaven in My Inbox