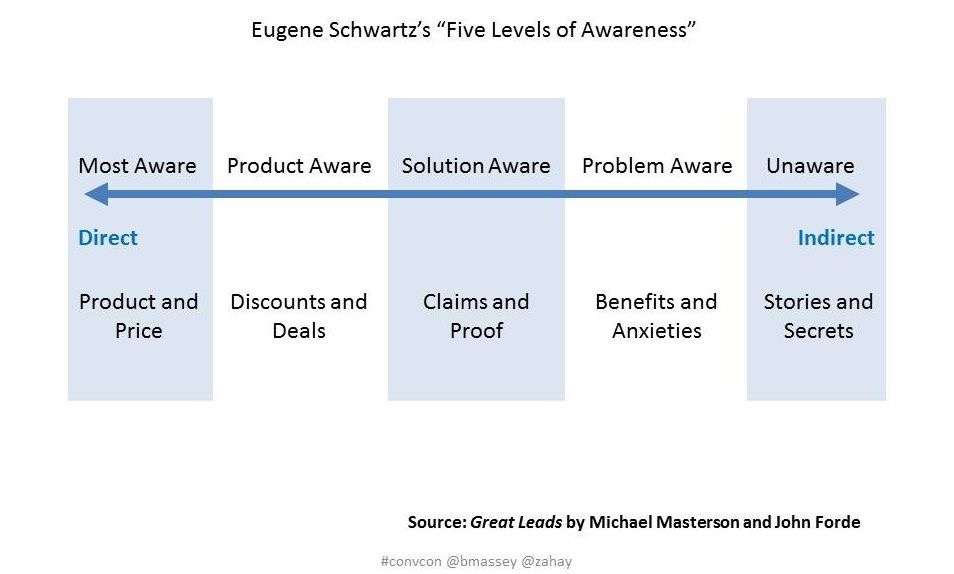 But if we’re trying to get customers, we need to be thinking acquisition channel. We’re tapping a place where those best fit paying customers hang out and we’re attracting them to us through some means. Now the channel is something that, if you’ve ever existed on this planet, you’ve been exposed to hundreds if not thousands of channels all over, but what makes channels special for a founder is that it has to be something that ultimately attracts their best fit paying customer. Let’s just say as an example, you wanted to attract marketing executives and software companies in the United States have at least a thousand employees. There are channels or places that those people ultimately hang out and your job as a founder and as a good marketer is to figure out what those are and what do you push through those channels or what do you put out to pull them in.

There’s all kinds of different ways to approach channels in at least today’s hot take. We’re just really going to discuss the different kinds and how should you be thinking about them. So from that example, one of the best ways that I like to describe what a channel is and how to think about it is think about them almost like watering holes. So if you close your eyes and you imagine the Sahara Desert, you’ve got desert troubles, you’ve got general desert things and you also have a bunch of animals whether you see them or not. And at first you think that this place is totally dead and you don’t think there’s any life here until you come across a watering hole. Basically just a very big body of water in the middle of the desert, and at this watering hole, this is where you see all kinds of animals gathering.

You see birds, you see hippos, you see elephants, you see crocodiles, you see lions, you see foxes, and these animals, you’ll also notice that they don’t come at the watering hole all at the same time. They’re usually taking their turn. They visit at certain times. The nocturnal animals come at night, the animals that prefer the day come during the day, but this watering hole attracts life from all over, all kinds, all day long. Now what’s cool about watering holes is that if you think about watering hole as this is a place where my customers hang out, that’s generally like the same concept. It attracts a certain kind of person. You can tap that watering hole, so to speak, to reach that person or to reach those people, and then boom, acquisition channel.

Now what’s also important to remember is that if you are trying to attract a whole bunch of crocodiles, but you’re doing all the things that end up attracting lions but you don’t want lions, well, then it’s probably not the right approach to that channel, but it might be the right channel. So something to keep in mind. But sometimes you go after an acquisition channel and you get one thing. If it’s not giving you the desired result, it’s either the wrong channel or just the wrong approach to that channel. So something to consider. But I love that metaphor because it describes and it communicates the right way to think about it. If it doesn’t ultimately attract your ideal customer or if your customer isn’t found there, then it’s probably not a good acquisition channel for you.

That’s it. There’s all kinds of different watering holes and channels. There’s email, there’s organic search, there’s LinkedIn, Facebook ads, there’s all kinds of different blogs and communities and places where people hang out. Now, there was a previous hot take about how to figure out which ones should be the ones that you ultimately invest in, how to find your best fit, acquisition and channels. Highly recommend you go and watch that one, but ultimately there’s tons of different kinds of channels. But again, your number one job as a founder and as a good marketer is to figure out what are the absolute top three to five that I can push some kind of campaign through, whether that’s sales or marketing, and ultimately reach my best fit paying audience.

Okay, now the last thing that I want to make sure to communicate about acquisition channels, and this is something that a lot of founders forget about, but don’t forget, there’s really two kinds of channels. There’s online channels and there’s offline. If you’re watching this, it’s probably because you’re a digital native in some kind of way. You’re online on a website watching this video somewhere, whether it’s through YouTube or whether it’s through my actual blog. Now that alone speaks volumes. Something to remember is that just because you’re on a channel doesn’t necessarily mean that your customer is there. And also just because you like a certain thing doesn’t necessarily mean that your customers also love the thing.

You might absolutely love GitHub, but you would never in a million years find your best fit paying customers there because that’s not where they spend their time. And that’s really normal. So don’t forget to… Well, there’s two things. Don’t forget to remember that there’s also offline channels, but also that anytime you approach any kind of go to market problem or run a marketing campaign, it’ll likely adding in your own biases. So just make sure that you’re really thinking about the channels that are truly the best fit one’s, not for you, but for the customer.

In terms of offline channels, this is something that’s really common, but people always forget about associations, partnerships, conferences, trade shows, about meetups. There’s so many different offline places where people hang out as well, so if you find that you’ve got a target customer or a segment that is really hard to reach and it’s just because they’re just not really online, there’s somewhere. People are spending their time somewhere. Just make sure that if you have more of an offline strategy that you’re able to bring it online in some kind of way and or, of course, just tap those offline channels. How can you speak at those conferences? How can you participate in those associations that reach those people? And then of course, you might be looking at just for the most part, offline channels. Phone, picking up the phone and calling. That’s a different way to approach those people depending on who they actually are.

All right, founders, that’s all I’ve got for today. Thank you so much for watching. I really hope that you learn something. If you want to make sure that you keep getting these hot takes, all you have to do is just subscribe down below. Thank you again, my name is Asia. I work for DemandMaven where we help early stage founders reach their very first growth milestones. Awesome, bye all.

That's what this is.

I'll (occasionally) publish advice specifically for founders and early-stage marketing leaders about how to prioritize your time, campaigns, channels, and other growth-related ideas.